This is one of those “Euro” – peddling kennels in the U.S. of A. They spell “males” and “females” on their site with an apostrophe (“our male’s”, “our female’s”). That tells you all you need to know about them. There is also this image on their page (“Barbie & the Beasts” ?) I guess they are trying to drive the point home with a tacky photoshopped juxtaposition of two extremes.

A genuine case for psychoanalysis.

Any folks buying a puppy from there need their head examined, too. Maybe they can all get a group discount rate.

Aren’t most Hyper type greeders in that category, anyway? Especially those who “greed” giant / bulky breeds by the pound? (pun intended). Big dawgs, big bucks. The more dysfunctional, the better.

The reason why so many people are attracted to such extremes is obvious – some humans are fascinated by “freaks”. Le freak chic. That’s understandable, to a point. Intentionally breeding for physical deformities and condemning sentient beings to a life of suffering though?

Avoid with extreme prejudice – better still, an animal welfare inspection would probably be a good idea too.  Just in case.

This is the type of establishment that some “Euro” pseudo-dane greeders export their puppies to. You know, those who claim that the breed has “evolved“. Some from the Fatherland, even. Their dogs are now so evolved, thanks to such brilliant greeding, that they don’t need eyes. They aren’t bred to function like normal dogs. Just to look as freakish as possible and tolerate pain in silence.

What twisted idea of “love” for dogs.

Some Breed Clubs and Kennel Clubs see nothing wrong with that, apparently.

Vision impairment seems to be contagious in some regions of the Dog World. 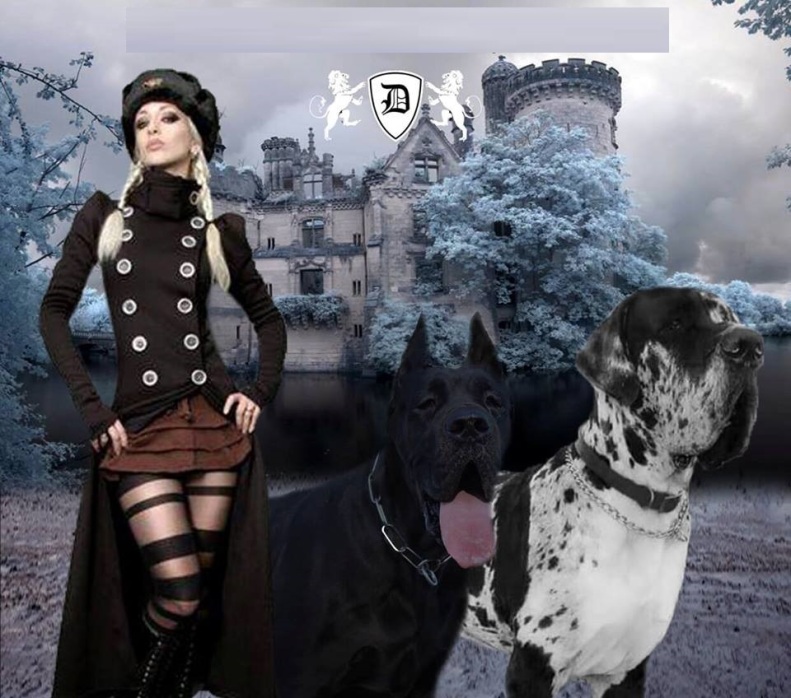 2 thoughts on “a shrink, and grammar lessons, immediately”