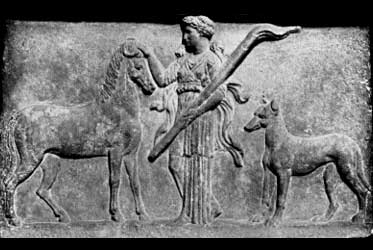 “And speedily again thou [the child Artemis] didst go to get thee hounds; and thou camest to the Arkadian fold of Pan. And he was cutting up the flesh of a lynx of Mainalos [mountain in Arkadia] that his bitches might eat it for food. And to thee [Artemis] the Bearded God gave two dogs black-and-white, three reddish, and one spotted, which pulled down very lions when they clutched their throats and haled them still living to the fold. And he gave thee seven Kynosourian [Arkadian breed] bitches swifter than the winds – that breed which is swiftest to pursue fawns and the hare which closes not his eyes; swiftest too to mark the lair of the stag and where the porcupine hath his burrow, and to lead upon the track of the gazelle.“

How many times throughout history has this taken place ?

How many times did the hunting man mate dogs that were strong enough to pull down lions with those that were swifter than the winds and fast enough to pursue hares and gazelles ? 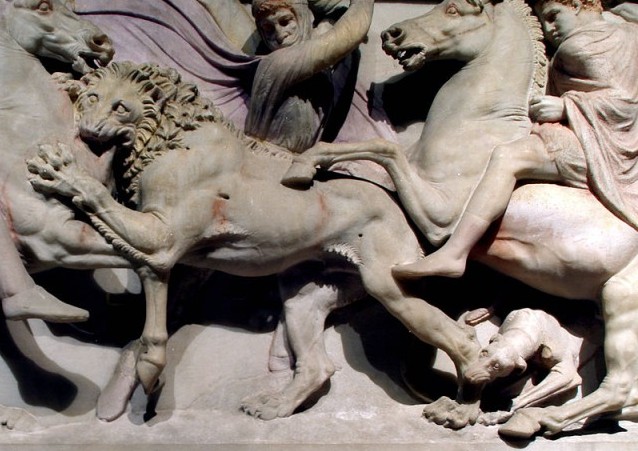 Innumerable times throughout history the hunting men combined the strong dogs with the fast dogs.

And that, my friends, in essence, is the history, the origins, the heritage of the Great Dane. 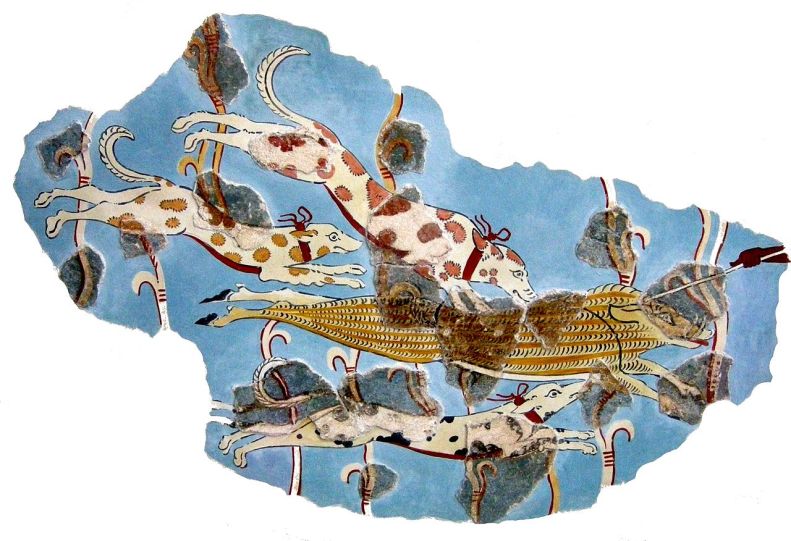